Abbasalìa
Tales from wind and sea 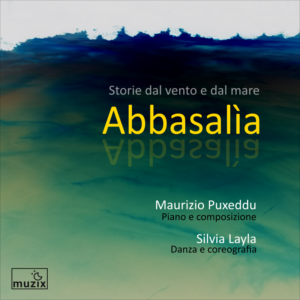 In the Abbasalìa – Tales from wind and sea project, signed by the musician and composer Maurizio Puxeddu, with the collaboration of the dancer and choreographer Silvia Layla, music and dance become artistic expressions, which are strengthened and interact with each other, capable of adaptation to the places where the initiative will be represented, in telling local stories, stories that come from the Mediterranean, but also from more distant places. It is the wind that suggests magical and persuasive stories, it is the sea that concretizes the reality of separations between peoples but also their possible union. A symbolic sea that separates and unites, allowing migrations of peoples and cultures, contaminations, influences and mingling of feelings, expressed in different languages ​​and in different ways of being.

In fact, in the suggestive cover of the project there is an imaginary sea, deriving from a photograph as opposed to a sunset with inverted colors, so that it looks like the sea, in the distance stormy, perhaps in a treacherous proximity. Even music and dance, body and soul of this work, participate in the idea that reality can be observed and enjoyed in many ways, that the sense of welcome can resolve rather than remove and destroy. 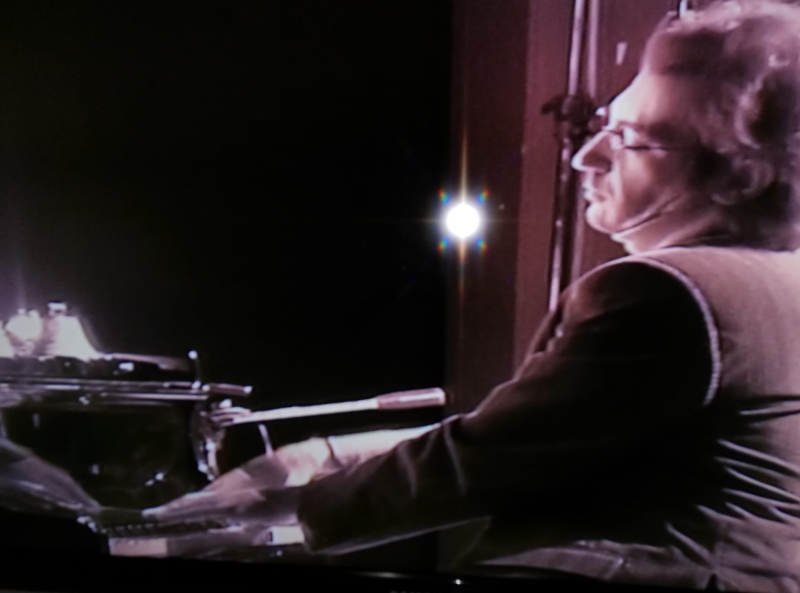 Music and dance of Abbasalìa – Tales from wind and sea symbolically unite and separate islands and continents, the lands with the lands just like the sea and the wind, allowing the connection of peoples but also their separation. They are also dangerous salt water and wind, through which you may find yourself lost on the high seas, despite yourself, yearning for safety. A music and a dance that make us observe the distant horizon to imagine the stories of others. 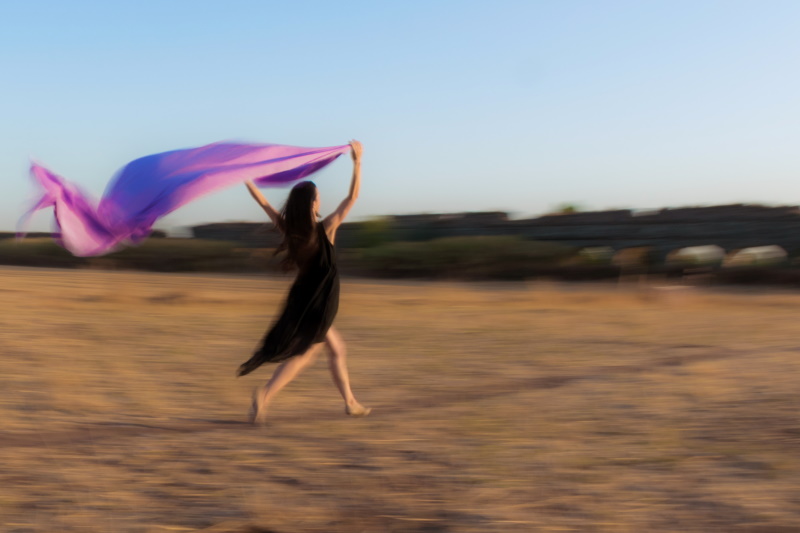 Silvia Layla‘s dance is moved by winds, light puffs high in the sky and deep currents in the depths of the sea. She travels through imaginary places and crosses herself, finding herself and losing herself in an intense embrace with music. Her style is a fusion of oriental, contemporary, gypsy / flamenco dance and Sufi dance.

I am Silvia Giovinazzi aka Silvia Layla, I’m Italian, I was born in Rome and I live in the city. I’m professional dancer and a teacher in Oriental Dance and Pilates matwork method instructor. I have always been passionate about dance, and after studying as a child, around the 2000s, intrigued by magic and oriental charm I discovered Oriental Dance (belly dancing) at the Masir Cultural Center in Rome. Over the years I have attended several seminars with internationally renowned artists, including Kamellia (Korea, France) the great teacher of Oriental dance in her various styles and use of accessories, Wael Mansour (Egypt, Italy) to learn about Arabic folklore, Miriam Peretz (Israel, California) and Shahrzad Khorsandi (Iran, California) about the Persian dance, Ziya Azazi regarding whirling Dervish revisited.

In recent years I have approached Dance Theater and Flamenco. Thanks to the Persian musician Pejman Tadayon and especially to the dancers Ziya Azazi and Miriam Peretz, I got more and more envolved with whirling ritual dance and meditation. I have never stopped following classical dance lessons for passion and to improve my technique. Now and then I perform with the Pejman Tadayon Sufi Ensemble group, on different shows and occasions.

I organize shows with my students and in collaboration with other teachers. I collaborate with different musicians for music and dance projects. I like to vary the style and choreograpy according to the occasions and to my emotions, from a classical oriental dance or Arabic folklore, to Persian dance, Dervish whirling or contaminated dance with Contemporary dance or Flamenco. My personal style and project is a fusion of these dances. It name is Poetic Oriental Dance. Poetic because I love poetry, nature, art, classical music and my dance is inspired by all of this. Mostly the Persian dance represents for me the symbol of the Poetic Oriental Dance. Occasionally I attend to various exhibitions in Italy and abroad, in different artistic contexts. As a teacher posture and technique are very important to me, but in the same time creativity also.